Rescuers found the body of an experienced outdoorsman a day after he was caught in an avalanche while hunting moose antlers with a friend at Resurrection Pass, Alaska State Troopers said Sunday.

The avalanche covered a three-quarter-mile-wide swath on the slope of the unnamed mountain, Macdonald said.

Domonoske had joined a longtime friend, John Lesterson of Sterling, at a Swan Lake cabin Thursday to begin their quest for antlers shed by male moose in winter. The men searched the area on snowmachines, Lesterson said.

Shortly before noon Friday, Domonoske spotted some antlers high up on a distant slope. Lesterson didn’t want to go, so the men agreed to meet at the trail head around dusk. When Domonoske failed to show up, his friend waited for ore than an hour, then backtracked to the slope of the mountain, Lesterson said. About 7 p.m. Lesterson found Domonoske’s snowmachine at the edge of the avalanche. But his friend was no where to be found. Lesterson drove back to Sterling about 30 miles away and called troopers, then spoke to Domonoske’s wife, Laurie, who was waiting with the couple’s two young children and her 15-year-old stepson.

“That was the hardest message I ever had to give,”Lesterson said. “He was such a great man. His family meant everything to him. Everyone is just devestated.”

But friends and rescuers alike held out hope that Domonoske somehow escaped injury and simply fled. Troopers quickly put out a call, and by 10:30 volunteer rescuers began arriving.

A search and rescue dog named Zip led the volunteers to the body, Macdonald said. He said avalanche warnings were posted throughtout the areas.

“People need to be aware of the risks of being in an avalanche areas,” Macdonald said. “There’s no safe winter access here.”

But by all accounts, Domonoske had taken countless trips through the same site since he first taught himself to carve moose and caribou antelers and Dall sheep horns in the early 1980s, a couple of years after moving to Alaska from Seattle. Friends and family said he was a seasoned and careful outdoorsman, both on his antler hunts and while leading summer fishing treks on the Kenai and Kasilof rivers.

“The only way anyone could be more experienced was if they were involved in professional rescues,” said Tom Hanes, president of the Kenai River Guides Association. “This is shocking because he spent so much time outdoors. And because hew was such a good guy. I think the only mistake he made was being in the wrong place at the wrong time.”

To Domonoske, in fact, Resurrection Pass was the most beautiful place in the world, his wife said Sunday. So family and friends plan to scatter his ashes over the areas on his birthday in August, she said. A memorial service is scheduled for 7 p.m. Wednesday in the Sterling Elementary School Gym.

“He loved us so much,” Laurie Domonske said in a choking voice. “He told us every day how he felt so fortunate in his life, with his family and everything he did. He felt bad for people who didn’t have the advantages he did. He felt so lucky he had everything.”

* Resurrection Pass is in the Kenai Mountains.

* The victim was on foot, carrying his snowshoes when caught. He was still holding one snowshoe when rescuers uncovered his body from under 1-2 feet of
snow.

* He as found very close to the toe of the debris, only 5 feet from the edge. 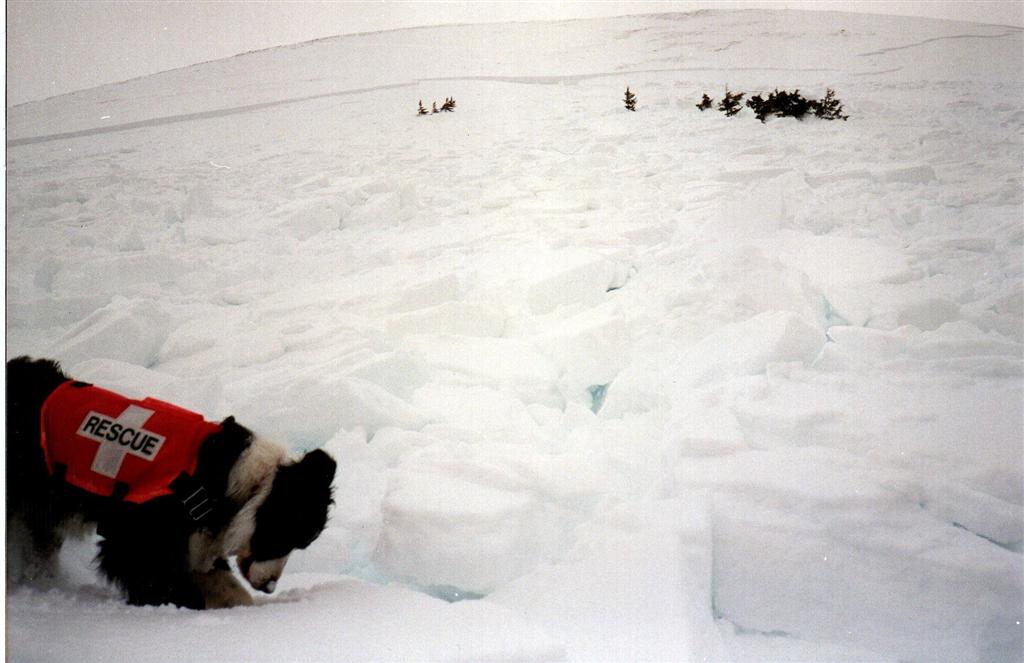