A 17 year old male snowboarder triggered an avalanche around 12:30pm on Monday 3/9. It is believed that the victim strayed off his intended route and subsequently triggered an avalanche on a small slope which funneled into a terrain trap above a creek drainage. The slope was approximately 100’ tall. The avalanche occurred on a SSW aspect at an elevation of 2000’ and a slope angle of 36 degrees. The avalanche resulted from a storm slab failing on a weak persistent grain faceted layer in the snowpack. The crown of the avalanche is estimated to be 2.5 feet deep. 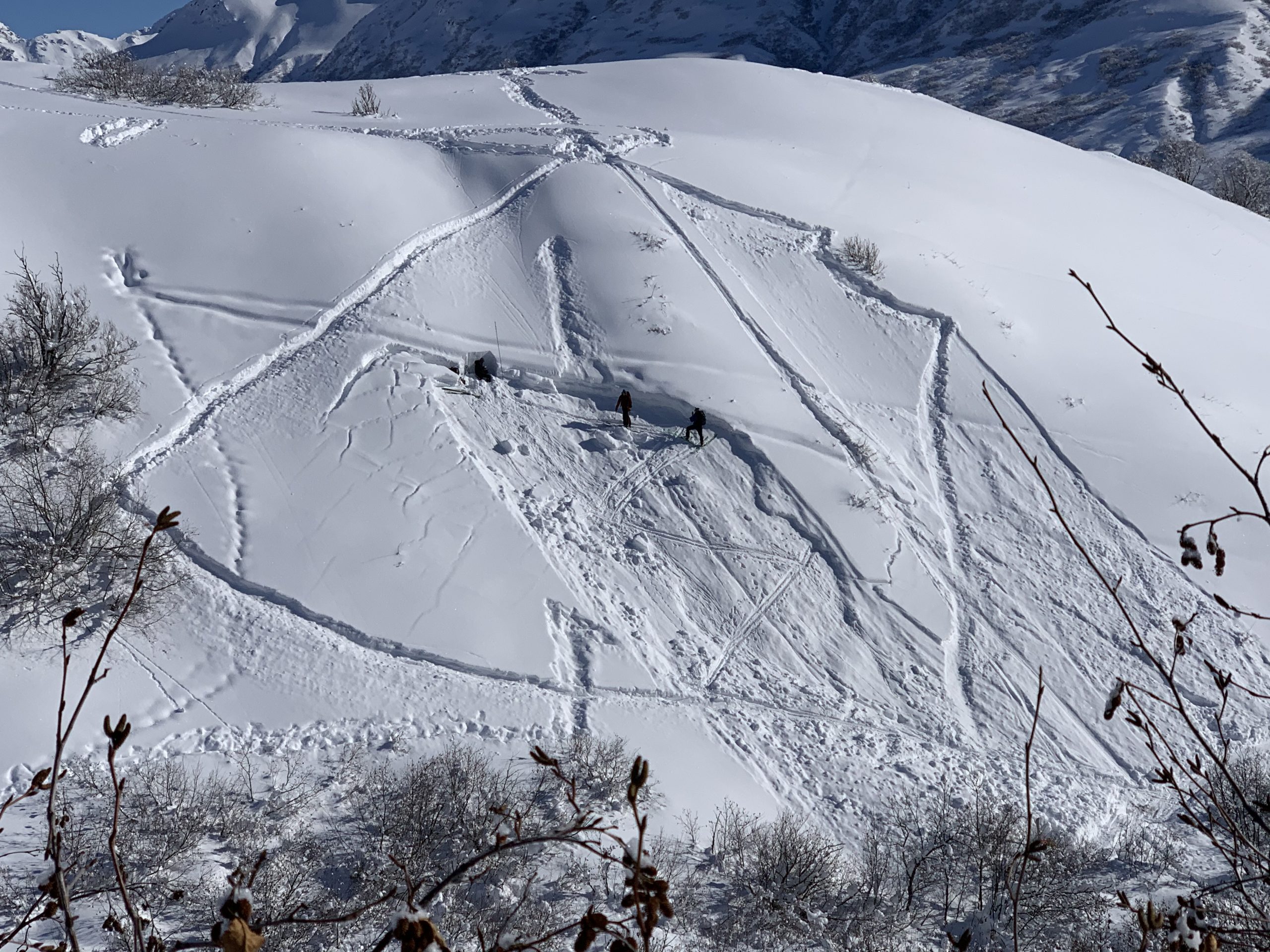