Went for a quick tour up President’s Ridge in search of buried surface hoar. Steep southerlies have a thick sun crusts developing and northerlies have low density snow on the surface.

No crack or collapsing was observed. Some small Loose wet and dry avalanches were observed.

A light east wind was felt in the morning. Cold temps in the shade and warm on solar aspects. Clear with building clouds throughout the day.

Near surface faceting was observed on most surfaces. Anything that was affected by the sun was unpleasant to ride on. Ski pen was around 10-15cm for most of the day.

We dug pits in two locations, one a south aspect and another on a NNE aspect. South aspects seem to have a sun crust forming, while northerlies have a low density snow at the surface. In both pits the melt freeze crust that formed on February 26th was found 30-45cm from the surface. The upper portion seems to have poor structure, moderate strength, but we were unable to observe any propagation. Pole probes were useful for quickly identifying the feb 26th crusts. Slopes that have low density snow seem capable of producing loose dry avalanches given steep enough terrain. 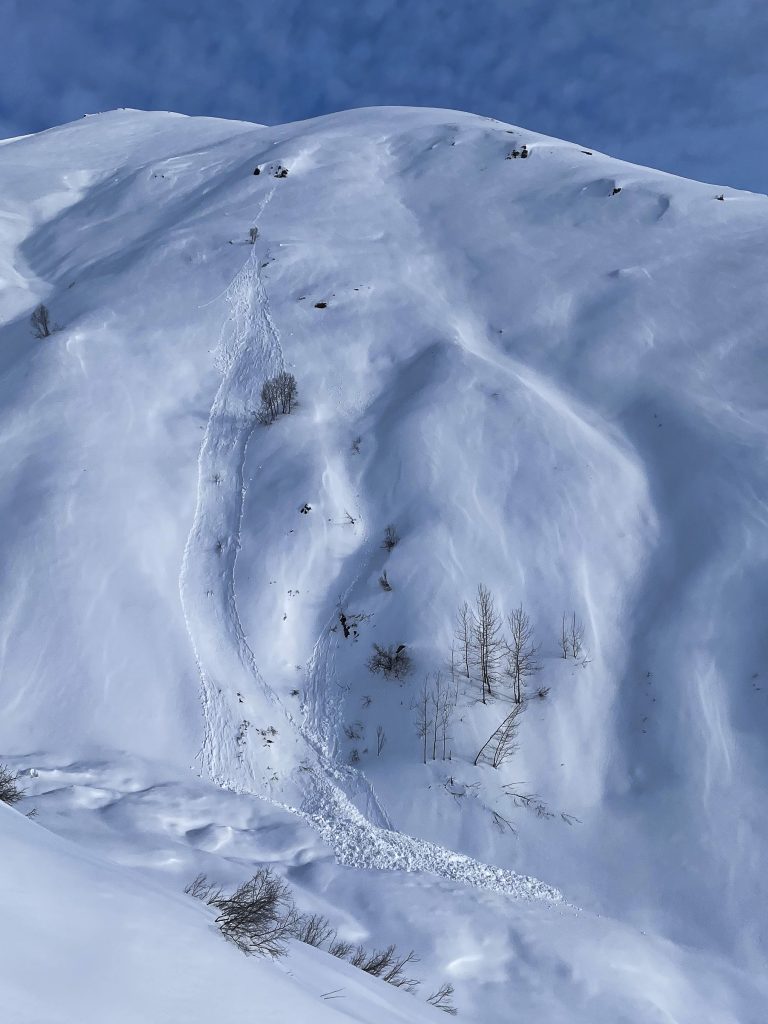 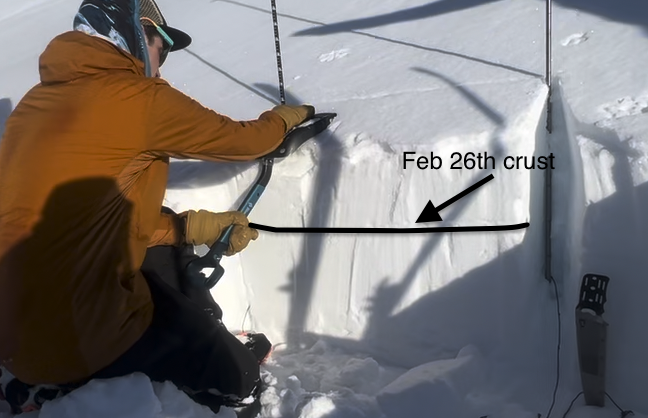 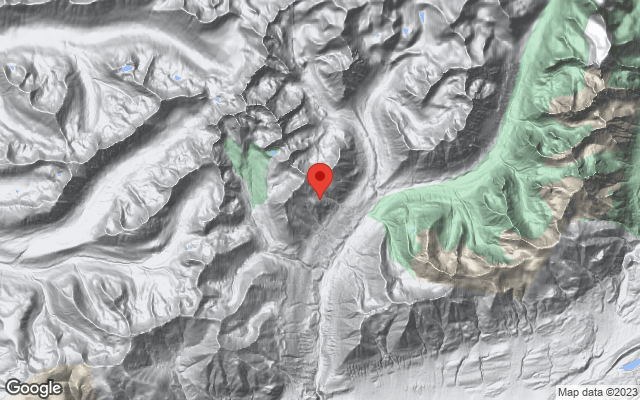