Travelled up goodhope drainage in snowmachine group. Around 3pm- single rider travelled up west side of Idaho peak from Goodhope drainage. Rider then attempted to ride snowmachine down gully on north side of Idaho peak and triggered large avalanche. Rider was able to stop with machine near top of slide path. Rider communicated to group via radio that there had been a slide and called for group to watch rider descended the slide bed surface and ride debris pile to bottom- in an attempt to avoid disturbing more snow. Rider successfully rode down and rejoined group.
Crown height estimated around 12 inches. Large triangle shaped crown slab triggered below a point release from the snowmachine and rider. Bed surface was a firm (pencil or finger hard) smooth layer under the relatively soft slab. Debris pile was soft but could have buried a person – maybe partially buried machine. Runout was probably 500 vertical feet. 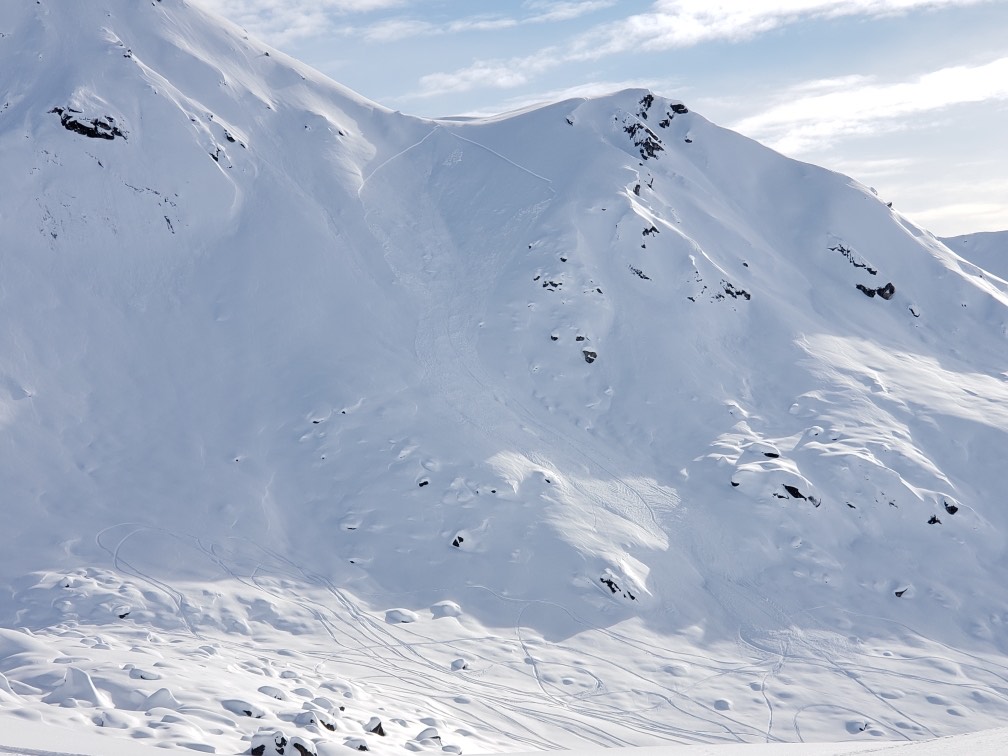 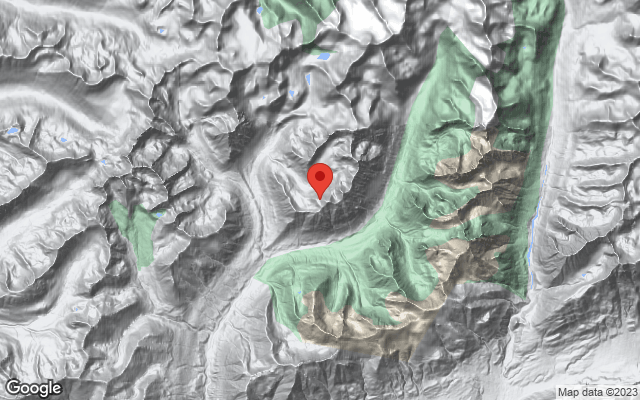