The purpose of this observation is to report the phenomenon on the North side of Microdot. I’m not sure how to identify what has happened or is happening. The North side is a cacophony of cracks across the entire main run, 500′ across and 300-500′ down the slope. Almost like a glide crack but with many cracks, perhaps a thousand or more. Many of the cracks go all the way to the ground, I could see tundra in places! It looks like the broken glass just as the slope would start to avalanche but it is frozen in place. There are obviously a variety of things going on which I will not go into, leave that for the snow science professionals, I’m a skier.
After digging a pit, the other group members decided to ski the west nose of Microdot. While the pit was being dug the dogs (bless those dumb beasts) and I had done stability tests over a broad section of the slope. I formed some personal opinions about the energy being released already and slope angle being too low and fat pow and cliffs to jump and skiing is awesome.

So I human bombed the slope into a start zone with no reaction, the group later reported a whumph as I landed but I think that was fat skis stomping in windboard pow? I had a few safe zones in mind as I zipped along, looking back nothing was coming so I slowed up and stopped on a bluge about 400 ft down the slope, cracks to the ground were still evident, had pulled farther apart and were still across the entire run but non reactive to human load. I wish I would have pulled out my inclinometer here and captured the slope angle but I wasn’t prone to dally, speed is your friend. I skied to the lake and gave my friends on top the all good sign. 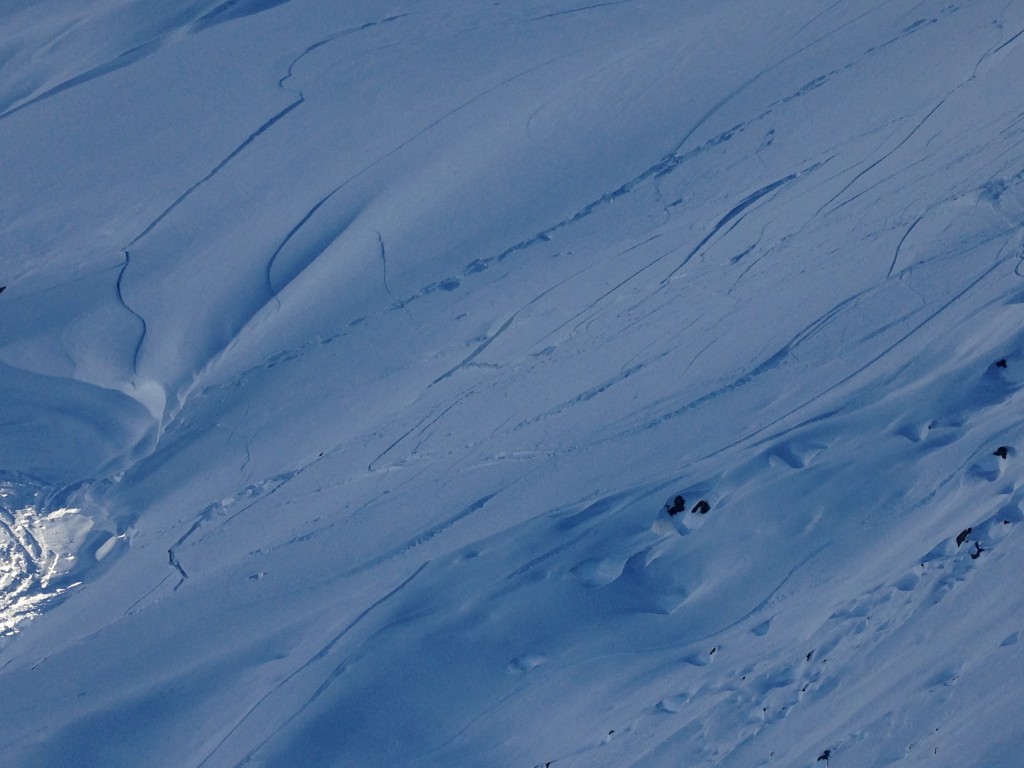 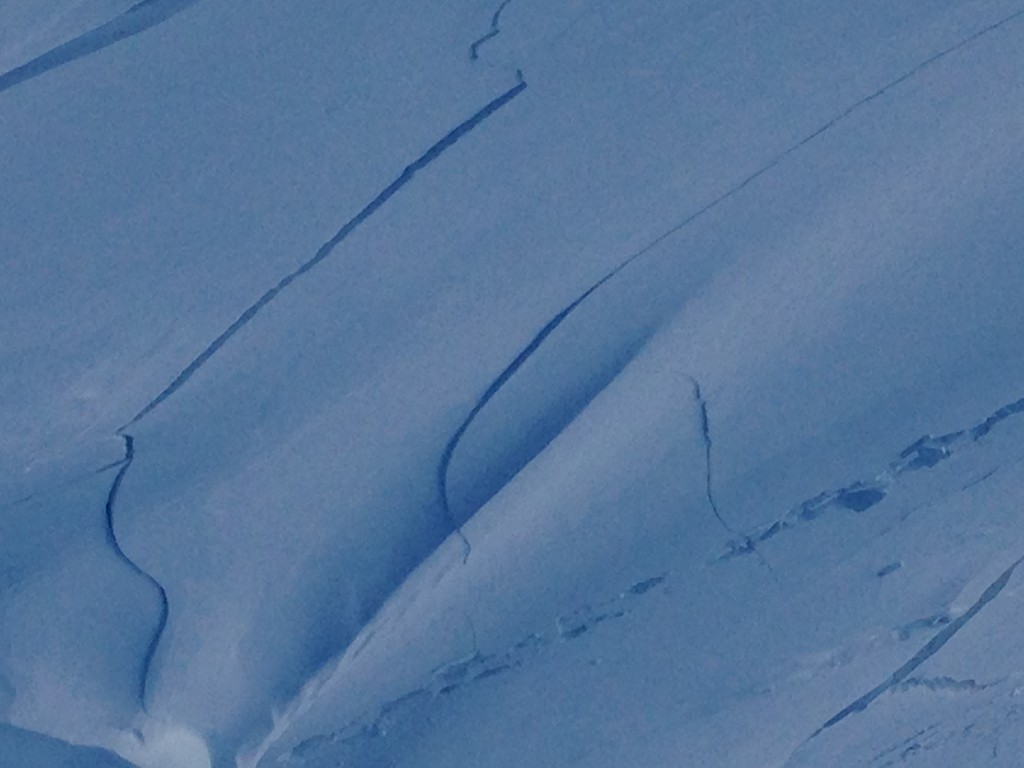 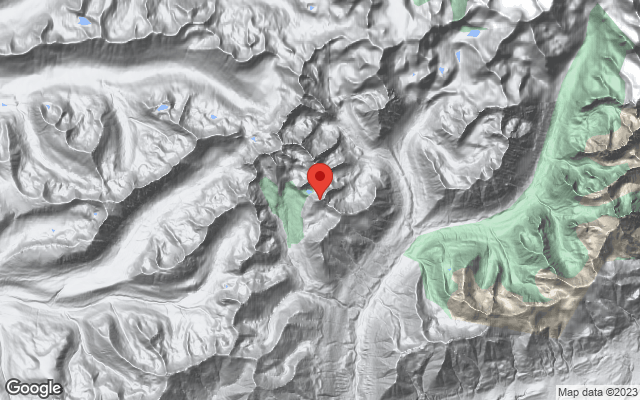