To recap the two human triggered avalanches 2/25. 1) A small human triggered avalanched occurred on the SE aspect of 4068′ around 2700′. This hard slab was likely triggered by two skiers skiing under and across the slope. Skiers were thought to have been partially buried and dug themselves out (?). The slope that avalanched was a small gully terrain trap feature (see pic).
HS-ASu-D1/D1.5-O.
2) Another human triggered avalanche occurred on 2/25 on the NW aspect of Hatch Peak at 4000′. This hard slab failed as a result of the persistent slab/depth hoar problem we have been talking about all season. This avalanche appeared to be triggered on the up track, and broke about 40 feet above the person. It appeared they took a ride, and he/she and dog got out safe. This avalanche was capable of burying, injuring, or possibly killing a person. The crown was estimated to be at least 2 feet deep. HS-ASu-D2-0

No obvious signs of instability (but anticipated soon with the increase in wind).
E Winds were transporting large amounts of snow to W aspects, and cross-loading other slopes.
No cracking, collapsing, or whumping observed. No recent avalanches observed since 2/25.

Clear and sunny at 10am.
Wind plumes obvious on most ridgetops today- strong enough to transport snow mid way down slopes. Winds gusting 20-27 mph during our tour according to Marmot Wx station 4500'.
No precip.
A whopping 4 deg. F at 10am.

Variable. 6-10" of light density snow from 2/22-24. Cold weather is faceting the surface snow.
Patches of wind slab 2-5" thick (soft slab)- with high friction, and a lack of continuity. The current winds (tonight) will significantly affect the snow surface. Southerly aspects with high angle of incidence are seeing some rollerballs and sun-affect mid day.

Pole tests, hand shears, and pit tests continue to show an obvious inverted snowpack with multiple layers and a base comprised of deep, basal facets/depth hoar- stubborn, strong strength, poor structure, high energy. High snowpack variability and a lack of slab continuity have kept the persistent slab problem to a minimum, but that could change quickly with strong winds. 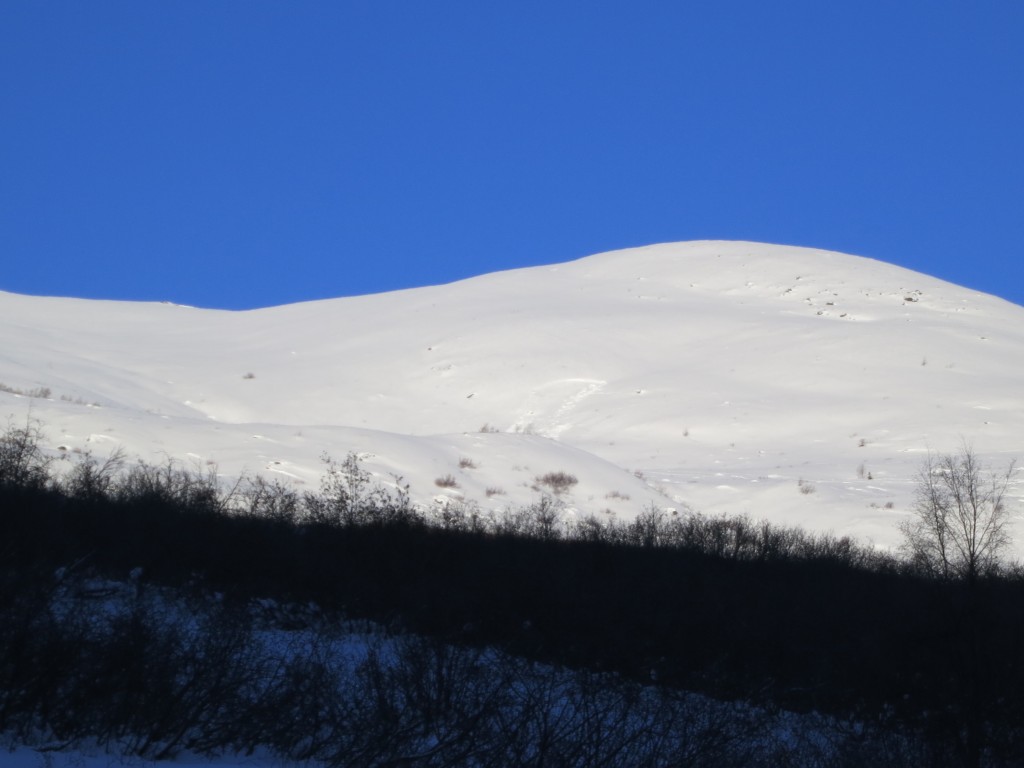 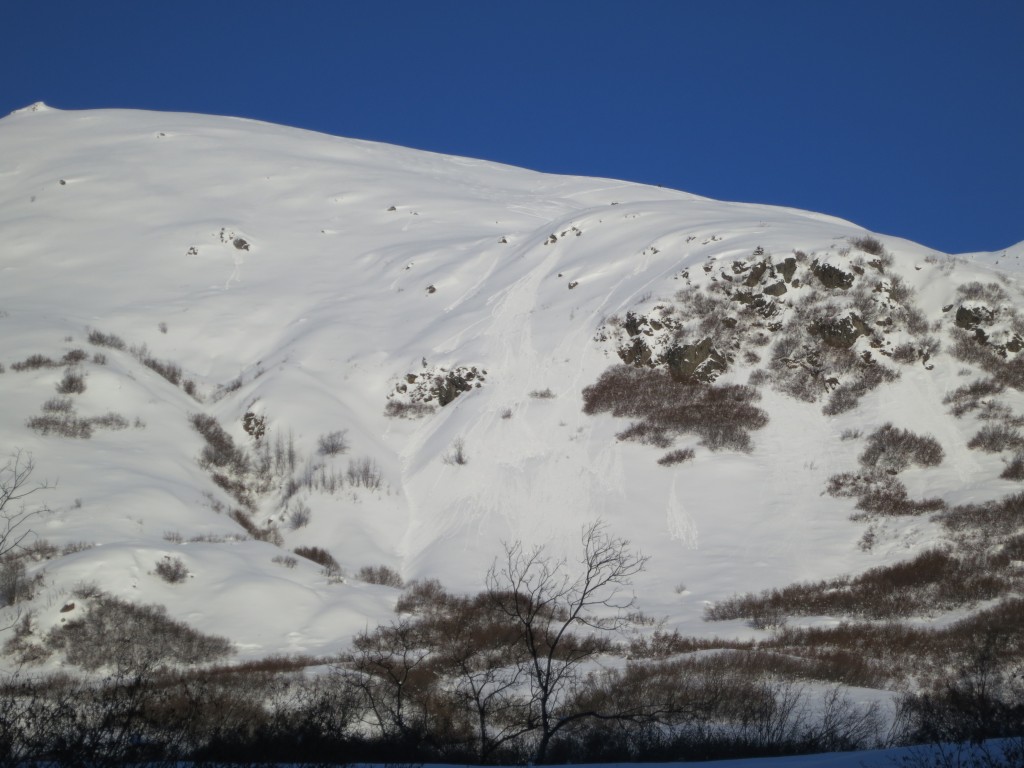 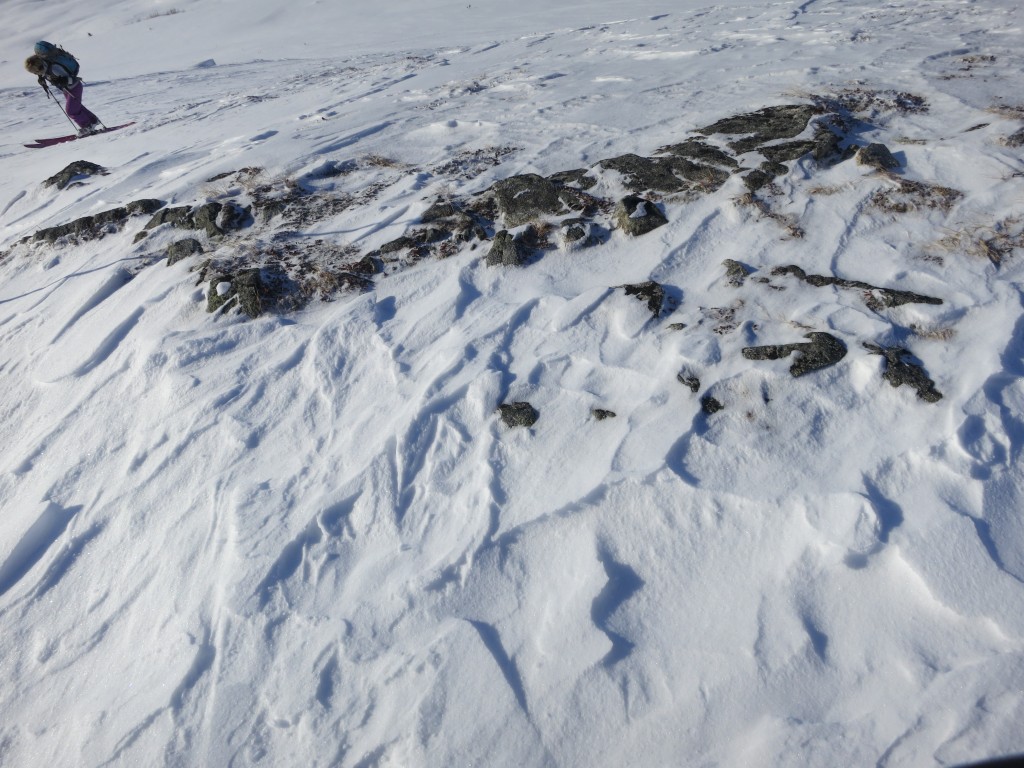 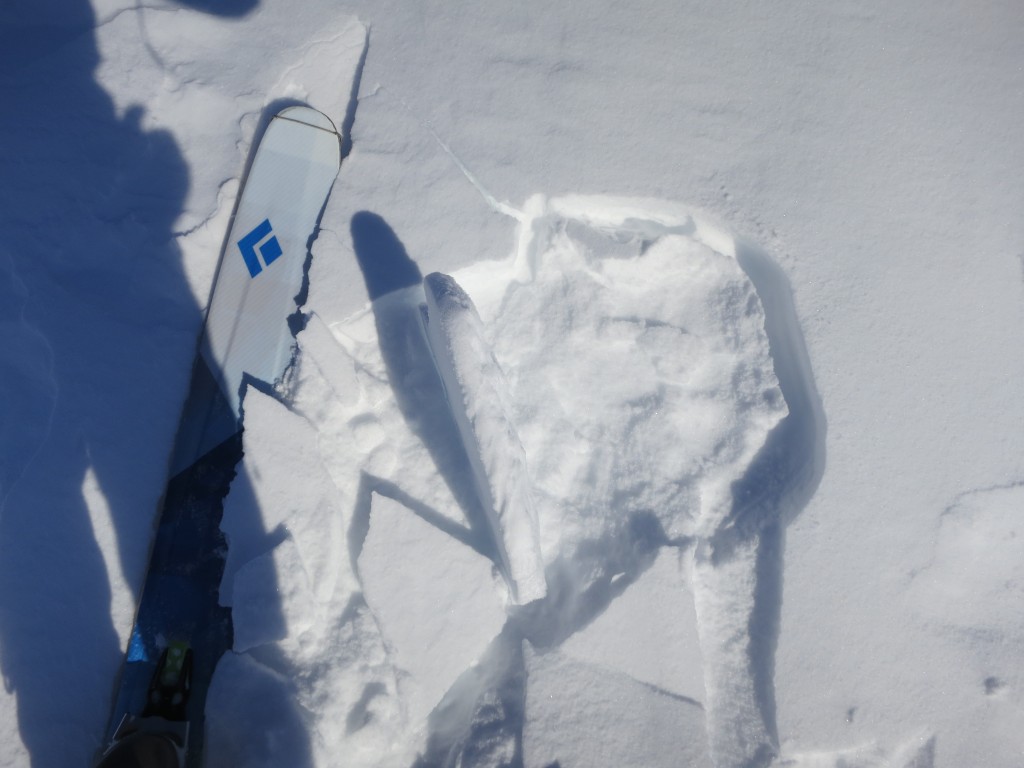 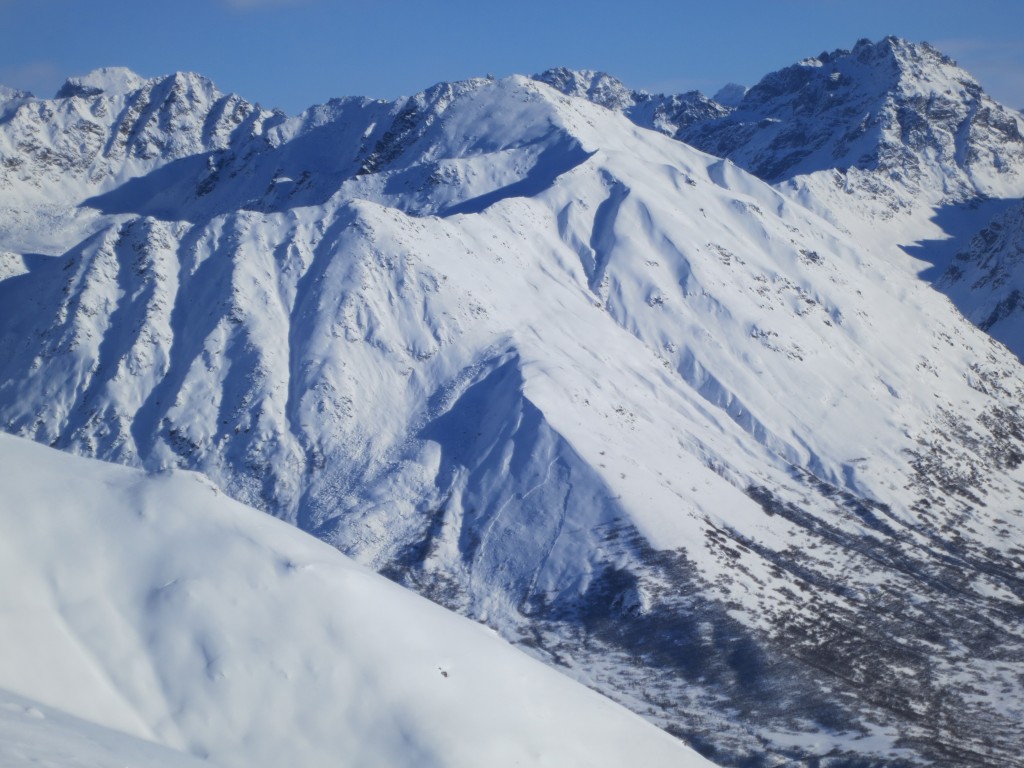 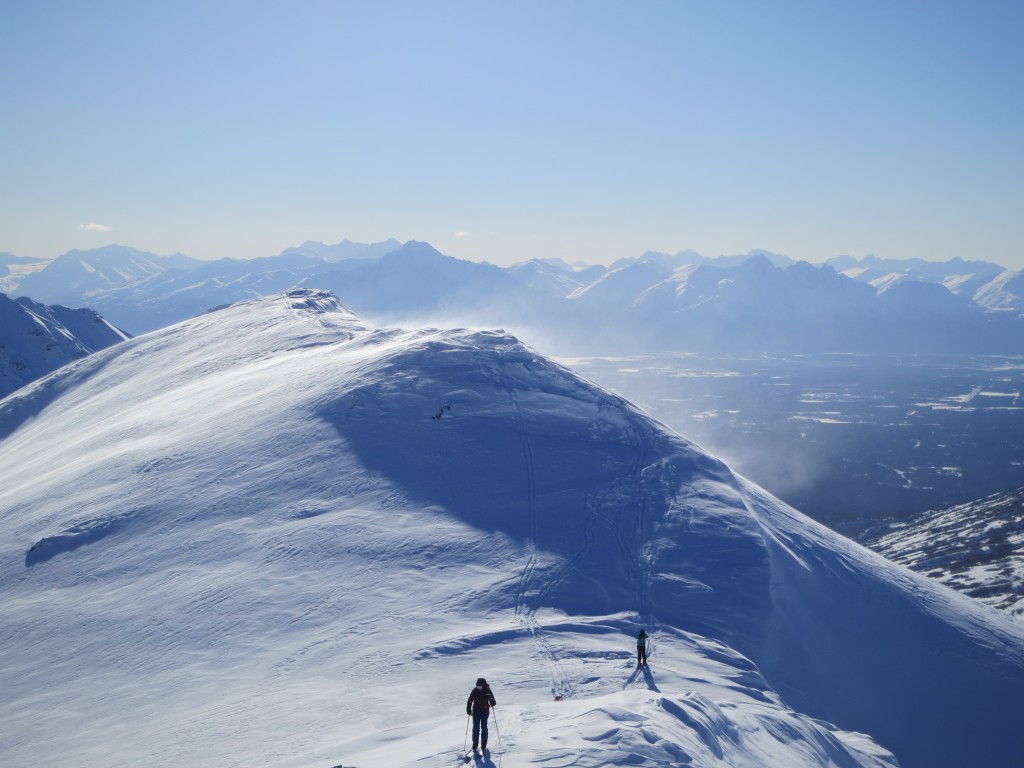 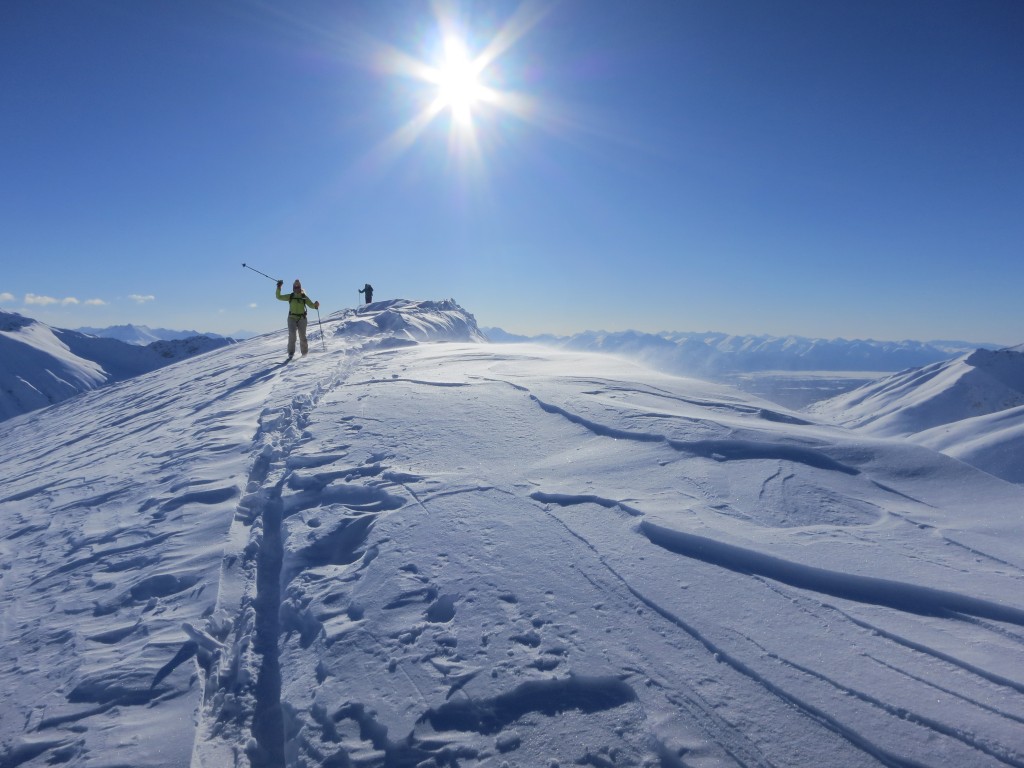 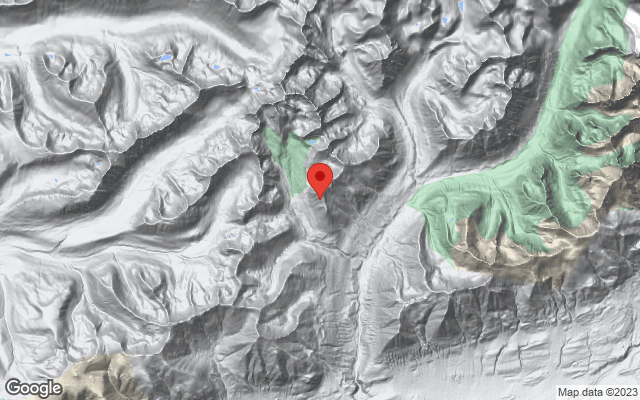