No cracking, whumphing or avalanches other than one small sluff, loose dry avalanche, triggered while skiing SE, 3200', 40 degree slope

Mostly overcast skies, with envelope slot of sun above pioneer peak, just under the cloud ceiling, providing some light and definition on southerly aspects.
Warm temps, 27F, calm winds at 3000'

10-15 cm of new, low density, F hard snow sitting on just barely moist facets (as noted by Fredrick in his observation yesterday). Moisture of facets disappeared by 3000'
Along roadway at approx. 800' elevation, snow on trees was caked on, possible rain/snow mix at that elevation during 1/20 storm. This changes dramatically at 1200' where storm temps must have been cooler. (Temps during storm at Frosty Bottom Snotel were at or just below freezing on the 20th at 2500')

Overall the snowpack we observed today was comprised of mostly weak snow and lacked a significant slab component. General observations and testing pointed toward good stability.

New storm snow did not appear to be cohesive, no cracking on steep test slopes up to 45 degrees.

At 3200' on a E aspect we observed:
Under the new snow, about 20-25 cm down, older, firm layers of snow (previously wind formed) were shearing easily on weak, buried near surface facets.
Several layers of firm wind formed slabs in the mid-pack were sandwiched by old near surface facets (generally 4F-). These layers produced ECTN moderate to hard's.
In only one test did we find a failure on the basal facets on testing, CT29SC. 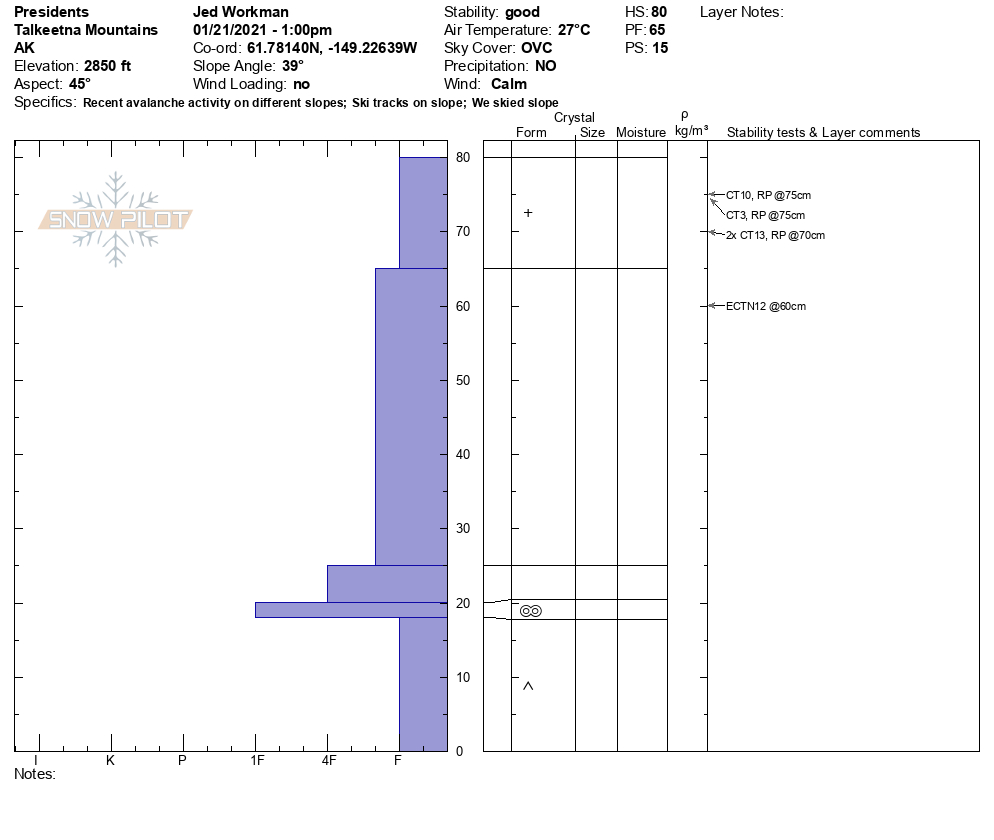 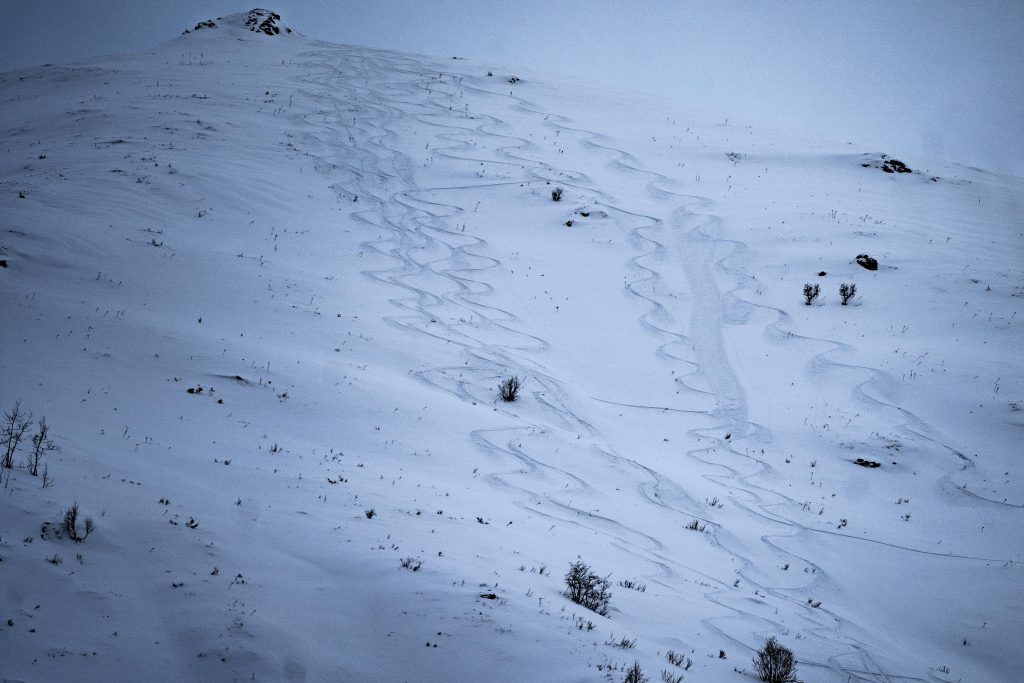 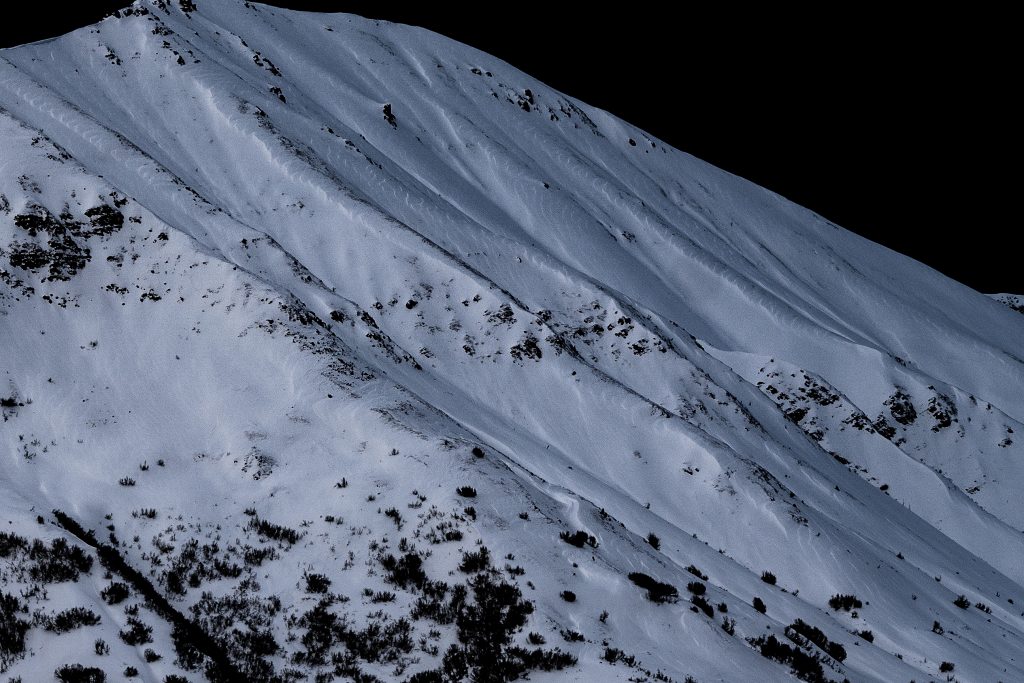 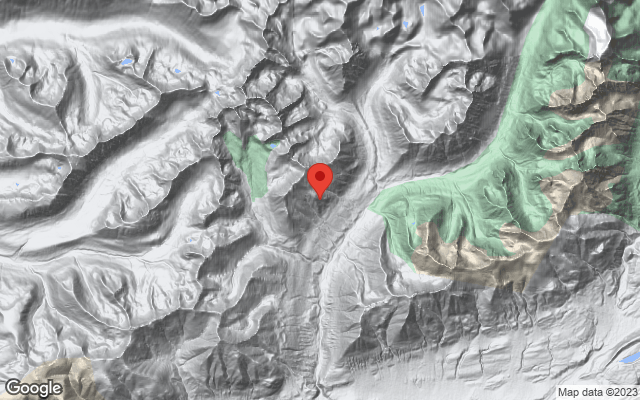